In 2017, NPI was part of a unique project in De Kwakel. Here, no less than four basins adjacent to a large greenhouse complex were renovated. The embankments were repaired, NPI installed new bank protection and fitted the basins with new film.

FPP 0.6 mm was installed on these enormous surfaces. This FPP film, the most commonly used film in the Netherlands for such applications, is durable, attractively priced and certified for drinking water. 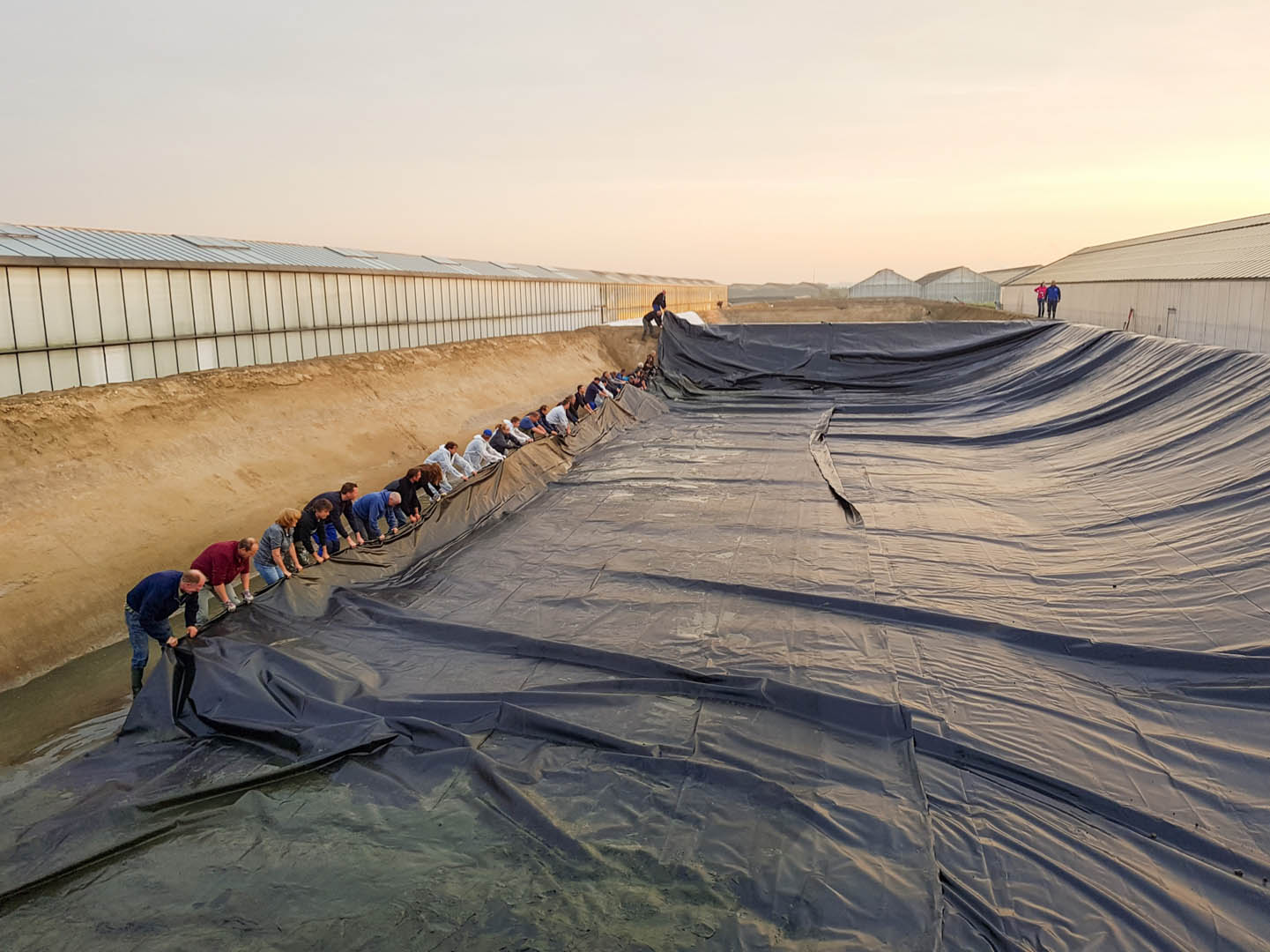 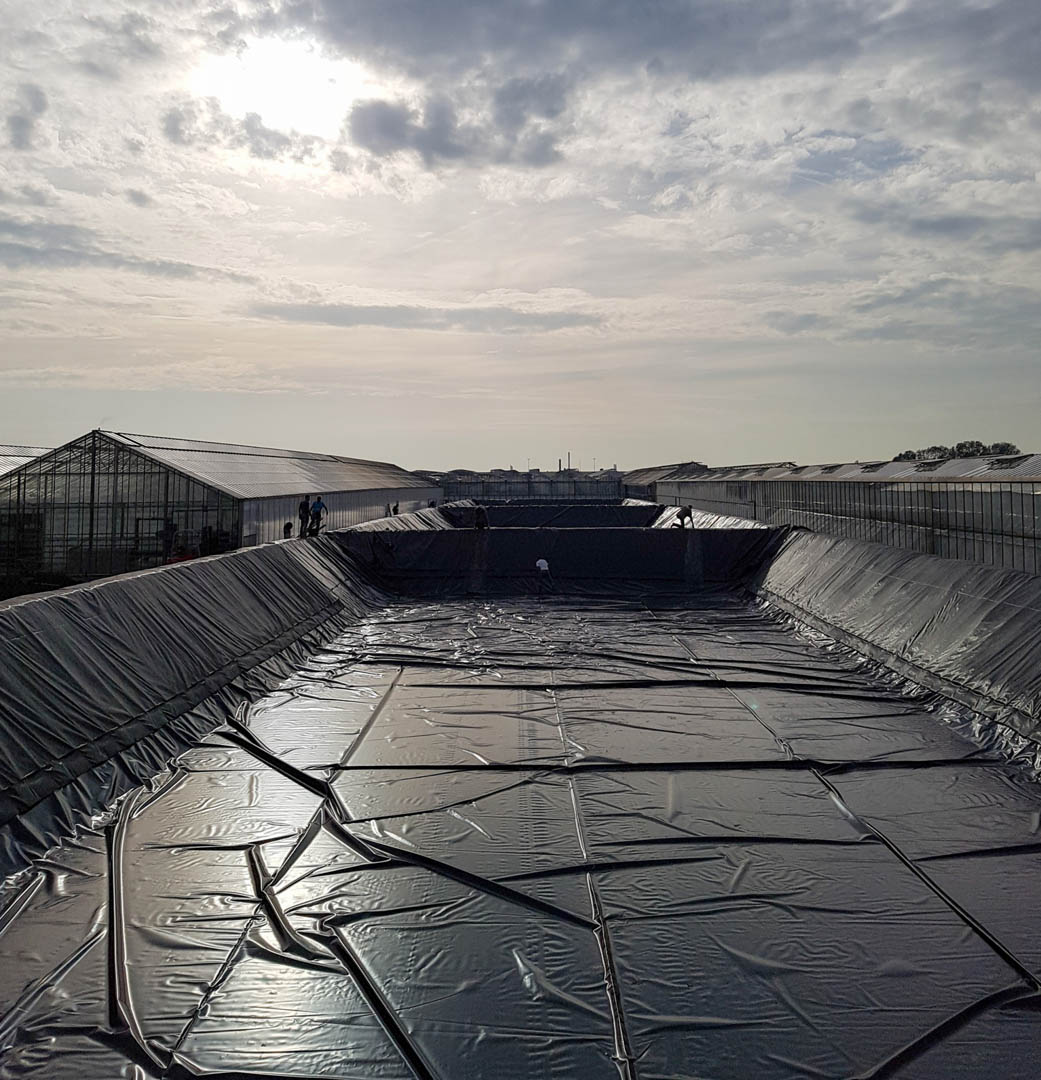 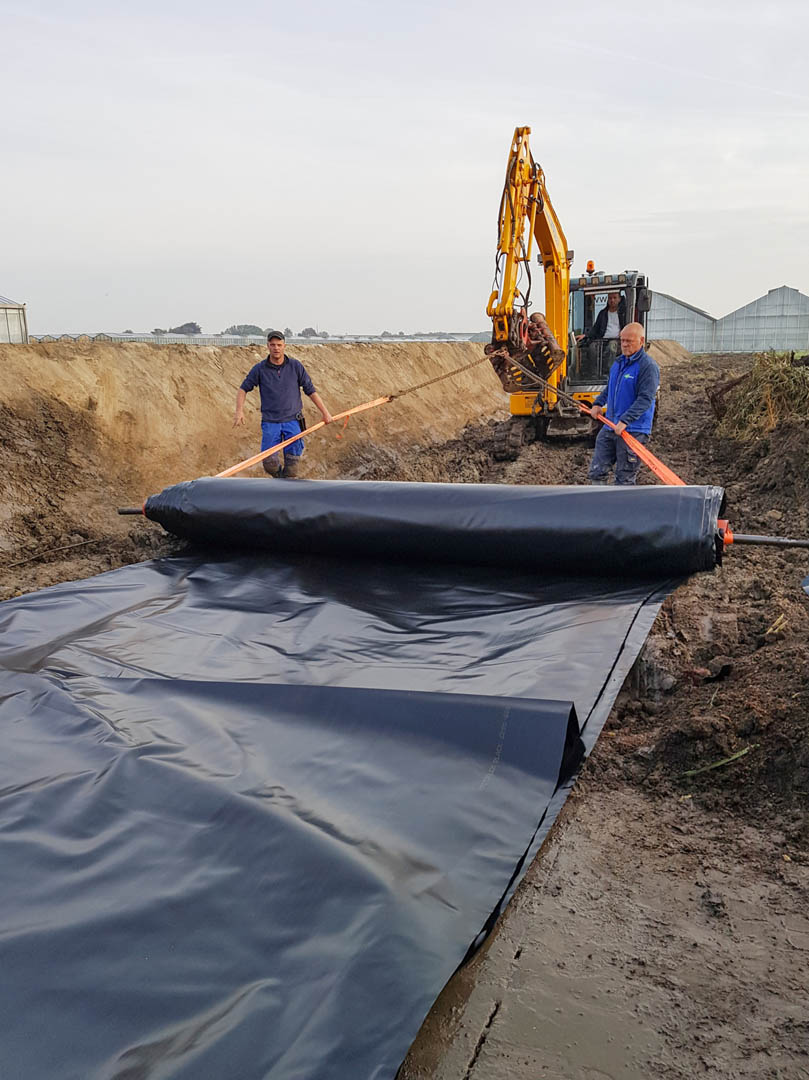 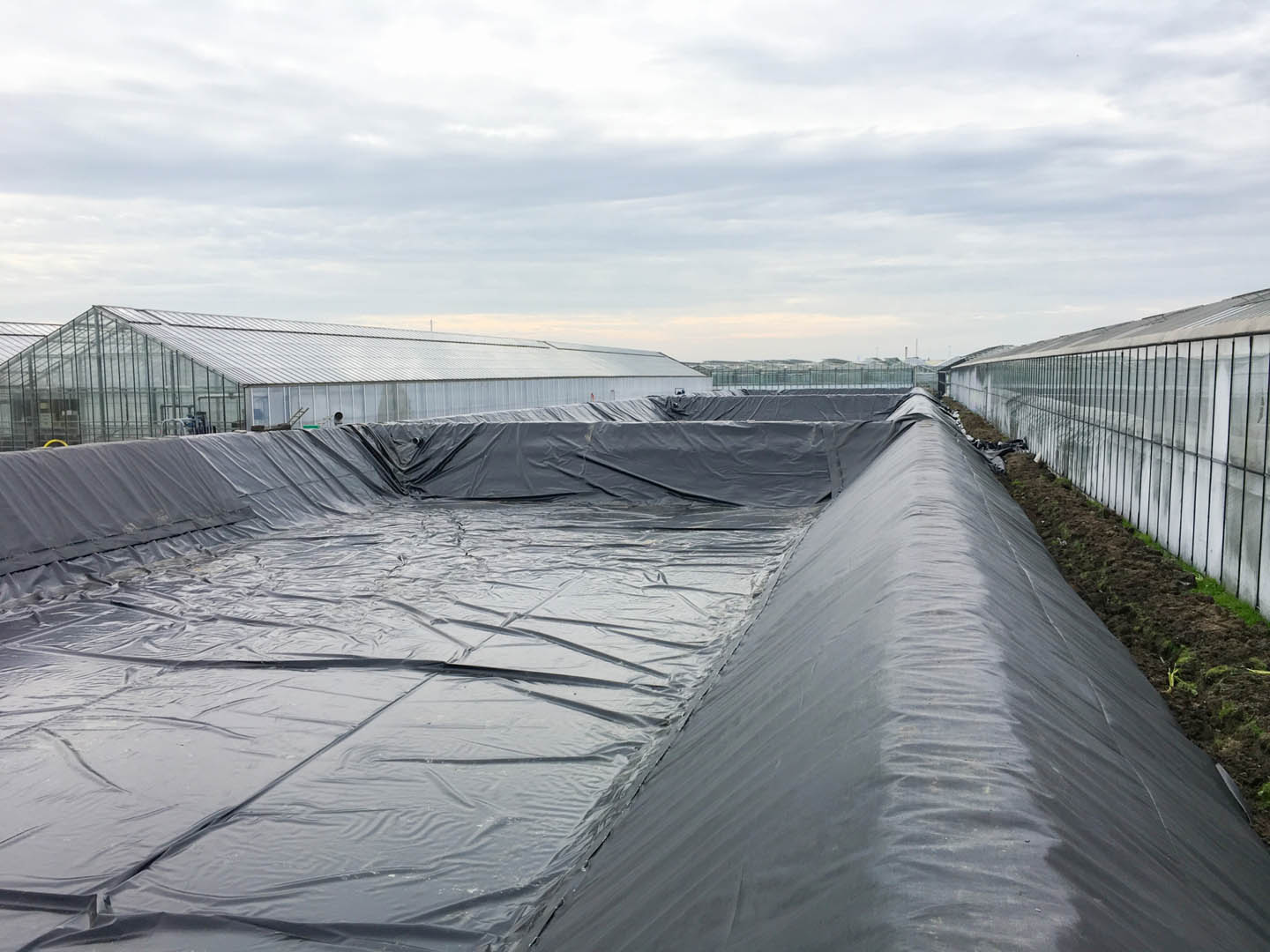 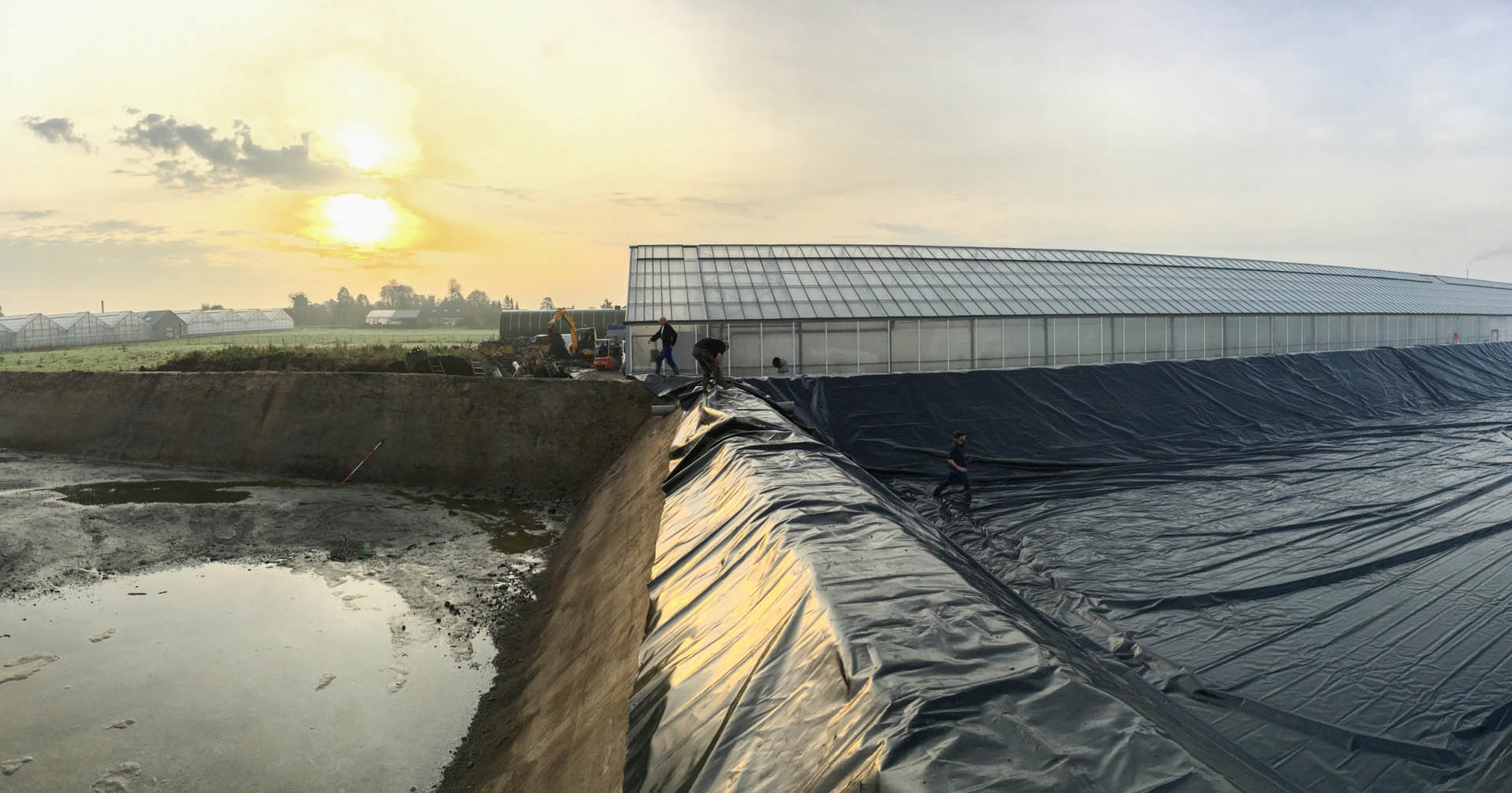